Meeting with the Minister of Labour and ...

Meeting with the Minister of Labour and Social Protection of Population, Mr. Sahil Babayev

Along with the protection of employment, one of the positive socio-economic factors was the fact that the growth rate in employment contracts continued, even during the pandemic, and the vast majority of this growth was in the private sector. At the same time, it shows the important role of entrepreneurs in accelerating the transition from informal to formal employment in the country, and therefore there are high expectations from them in this area.

This was stated by Minister of Labor and Social Protection Sahil Babayev at a webinar with members of the American Chamber of Commerce in Azerbaijan ("AmCham Azerbaijan").

President of AmCham Azerbaijan Nuran Karimov said that the Chamber is following the social reforms with interest. He said such meetings provided an opportunity for the ministry and the private sector to exchange views and information on labor market reforms.

Babayev stressed that the state consistently supports the development of entrepreneurship in all areas as one of the priorities of President Ilham Aliyev's successful socio-economic development strategy. As a positive result, the role of the private sector in the national economy is growing.

Noting the measures to support employment and social welfare during the pandemic, Babayev said that a total of 4.8 million people or 48 percent of the population were covered by these measures, and entrepreneurs were provided with state support.

He noted that at the same time, a successful experience was formed in our country in the protection of employment, as well as the close participation of entrepreneurs in social actions related to vulnerable groups, support for public policy, solidarity from the position of social responsibility. From this position, entrepreneurs, including companies that are members of AmCham Azerbaijan, can make a more active contribution in the future in the process of preventing informal employment and further reducing the shadow economy.

Speaking about measures to combat informal employment, Babayev said that in addition to taking measures in this area, effective mechanisms are applied to stimulate the transition to formal employment. Raising the minimum wage, a number of tax incentives, simplification of tax procedures, support for entrepreneurs during the pandemic, as well as another socio-economic support these days, reduction of mandatory state social insurance rates, etc. are visual examples of this.

The Minister noted that the functional capabilities of the "Employment Contract Notification" subsystem have been increased, and important information and warnings for employers have been placed in the subsystem. He stressed the importance of the "Employment" subsystem for employers, and recommended that AmCham Azerbaijan member companies make the most of these innovative opportunities to meet the needs of the workforce.

Noting the reforms in the field of labor and employment, Babayev said that the reforms pay special attention to cooperation with entrepreneurs based on social dialogue, and this factor is important for achieving goals in the development of the labor market in general.

The members of the Chamber were also informed about the new issues arising in the labor market, the work carried out to improve the labor legislation in connection with the new forms and approaches to labor relations, the proposed amendments to the Labor Code.

US Ambassador to Azerbaijan Lee Litzenberger praised the work done in Azerbaijan in the fight against the pandemic, protection of public health, measures to support the economy and social welfare during the pandemic. He praised the state's support for entrepreneurship in our country, as well as the importance of cooperation with entrepreneurs and social dialogue in the reforms in the field of labor and employment.

Members of the Chamber stressed the importance of such meetings. The meeting continued with an exchange of views on reforms in the field of labor and employment, improvement of labor legislation, expressed views and suggestions. The Minister answered the questions of the members of the Chamber. 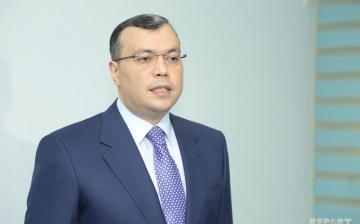 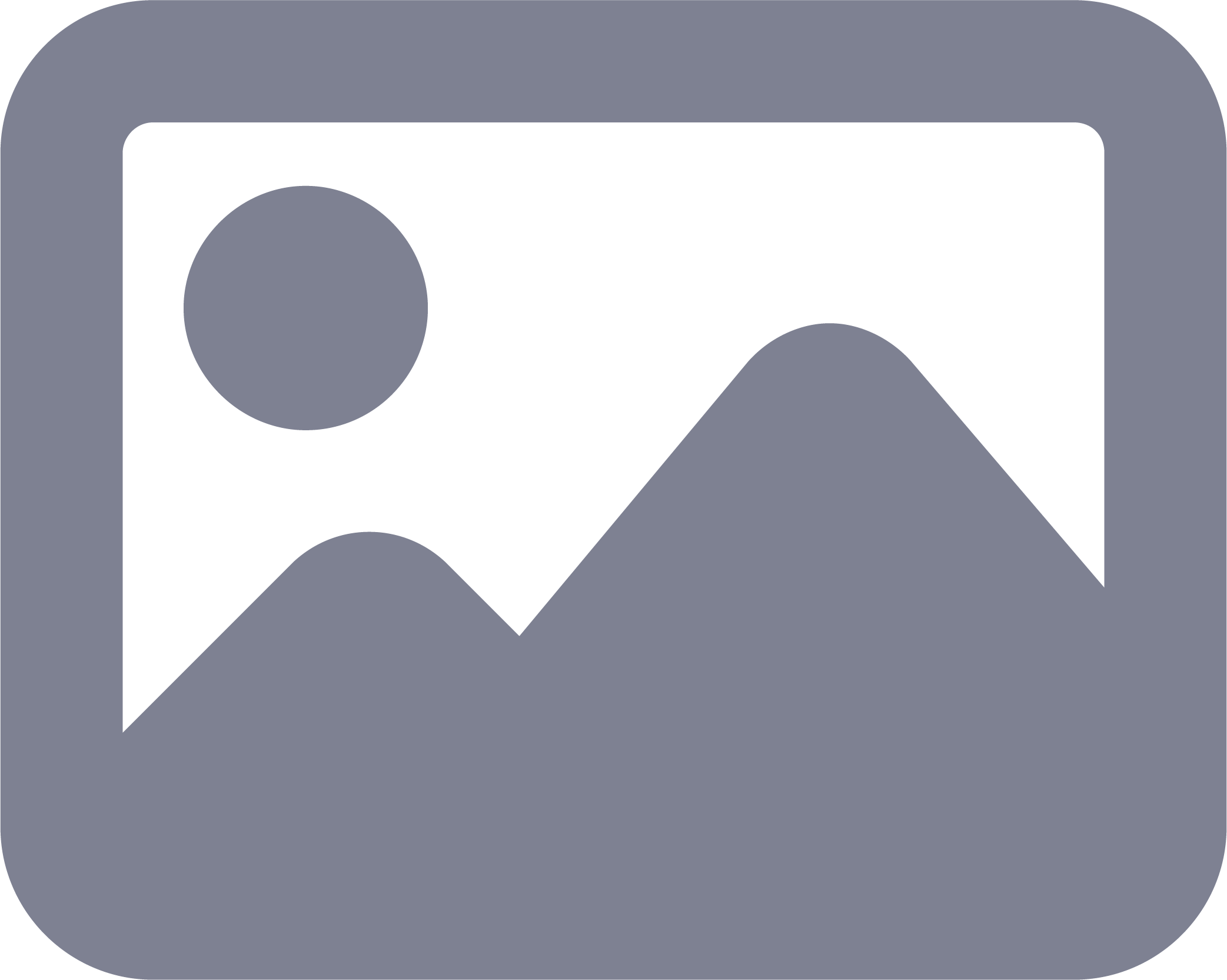 On February 6, AmCham hosted BFI Committee`s Meeting.BFI Chairperson, Mrs. Aytan Rustamova, opened the meeting by welcoming members, guest speakers Sanan Hasanov (Demir Bank) and Nazim Mammadov (Alliance Group LLC) as well as informing the committee members on the achievements & challenges of the past year.Within the first part of the meeting Committee Chairperson passed the floor to the guest speaker of the meeting, Mr. Sanan Hasanov, the representative of Demir Bank who delivered a report on “EnergoCredit”, the collaborative project of European Bank for Reconstruction and Development (EBRD) with Demir Bank. The presentation was followed by Q&A session.Short bio of our guest speaker:Mr. Hasanov holds a master of Finance from Azerbaijan State University of Economy. He is currently working for DemirBank OJSC as Marketing Director. He has more than 10 years experience in banking sector in Azerbaijan. He has managed and implemented many local and international projects.During the second part of the meeting Mr. Nazim Mammadov, representative of Alliance Group LLC has delivered a presentation on “Case studies from Georgia on EnergoCredit project”. The presentation was followed by Q&A session.The Committee meeting finished by networking and one-to-one conversations.

On March 16, AmCham hosted BFI Committee Meeting.BFI Chairperson, Mrs. Aytan Rustamova, opened the meeting by welcoming committee members and guest speaker – Mrs. Julie Nutter, Director of the Office of Sanctions Policy and Implementation in the Department of State’s Bureau of Economic and Business Affairs.Within the first part of the meeting, Mrs. Julie Nutter delivered a very informative speech on “US Policy & Sanctions on Russia and Iran” followed by Q&A session.During the second part of the meeting, Mrs. Nutter introduced Mr. W. Stuart Huffman, Foreign Service Officer of the Office of Sanctions Policy and Implementation, who joined her during the Q&A session.Short bio of our guest speaker:Julie Hagarty Nutter is the Director of the Office of Economic Sanctions Policy and Implementation (SPI) in the Department of State’s Bureau of Economic and Business Affairs (EB). Prior to her current posting, she was the Economic Minister-Counselor at the U.S. Embassy in London.  From 2005 to 2008, Ms. Nutter was the Director of the Office of Development Finance in the Economic, Energy, and Business Affairs Bureau.  She previously served as the Economic Counselor in the U.S. Mission to the European Union in Brussels.  During her Brussels tour, she volunteered for an Iraq Provincial Reconstruction Team Leader position and spent seven months in Iraq, mostly in Basra, working to improve governance capacity at the provincial level.  In earlier jobs, she headed the Ukraine desk of the State Department in the run-up to the Orange Revolution, worked closely with other donors on G-8 and Balkan reconstruction issues, and did political and economic reporting during the Liberian civil war.  Ms. Nutter has a Masters’ degree in National Security Resource Strategy from the National Defense University and a Masters’ degree in International Economics from Georgetown University.  She has two daughters, and grew up in Philadelphia, Pennsylvania.

On May, 18, AmCham hosted BFI and CSR Committees` Joint Meeting.Mrs. Nargiz Nasrullayeva-Muduroglu opened the meeting by welcoming participants as well as introducing Mrs. Natavan Mammadova as the newly appointed Director of AmCham Azerbaijan. Afterwards, she passed the floor to Mrs. Ayten Rustamova, Chairperson of BFI Committee, who introduced guest speakers to the audience – Mrs. Gwen Burchell, Director of United Aid for Azerbaijan (UAFA) and Mrs. Natavan Hasanova, researcher of Strategic Research Center of AR (SAM).During the first part of the meeting, Mrs. Burchell informed the participants of the meeting about UAFA and its activity. Afterwards, she passed the floor to her colleague – Mr. Saleh Nasirov – who provided the detailed information about the activity direction of UAFA, particularly pre-school educationm reabilitation centers and social support and also, creation of educational systems in four regions of Azerbaijan. Moreover, Mr. Nasirov presented a video clip about Child Development Center in Baku established by UAFA.Within the second part of the meeting, the floor was passed to Mrs. Natavan Hasanova who delivered a presentation on “Research Results on Corporate Social Responsibility at Azerbaijani Banks”. Along with the report on local activities, Mrs. Hasanova provided very thorough information on CSR activities in different countries (USA, China, Japanm Germany, Italy, Australia).In the end of the meeting, Ms. Aynura Piriyeva, Chairperson of CSR Committee, announced the organization of CSR Excellence Award in cooperation with P. World on October 1, 2.